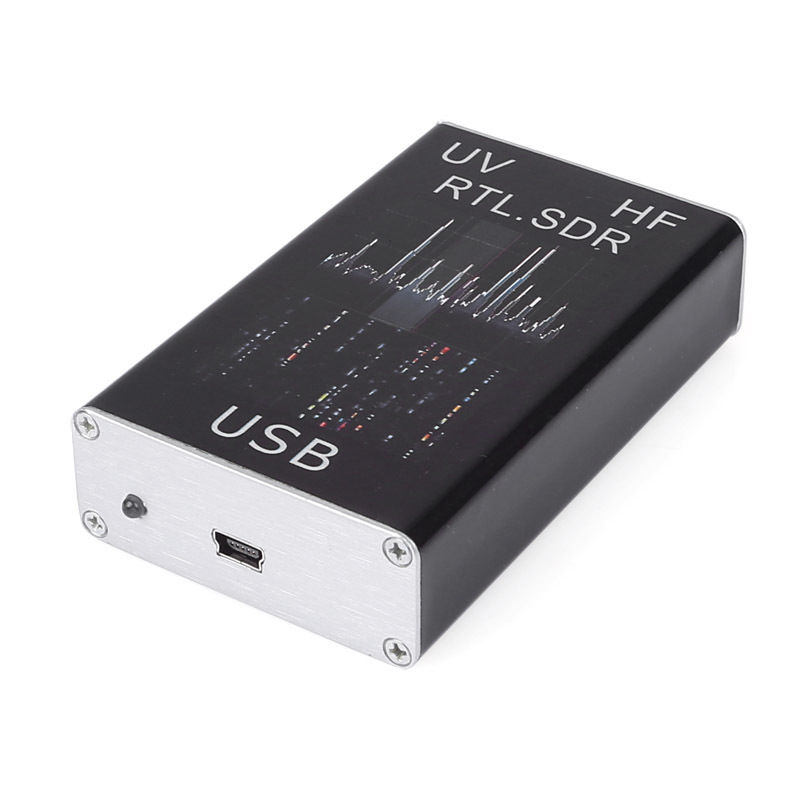 One of my colleagues asked me to have a look at receiver that wasn’t behaving well. It was one of the many USB receivers that are around based on the RTL 2832U and Rafael Micro R820T tuner chips. The device was very intermittent, but he wasn’t sure if it was a problem with the hardware, or with the software (and drivers) on his Windows PC. I don’t run Windows myself, so would be able to easily rule that out as a potential problem.

On connecting the device up to my Linux machine, it appeared to be behaving itself and showed up listed as a DVB-T device when I typed ‘lsusb’ into my terminal. However, when trying to actually use the device, it returned lots of errors before disappearing from the USB bus. Re-plugging it would make it come back to life again.

In my experience, complex microprocessor based things generally either work or they don’t. So to see a device that would speak happily over USB but fall over when used was a bit odd. What might cause something to misbehave in this way?

Thankfully my first hunch was correct. I swapped the rather long and thin USB cable for a short fat one. Hey presto – the device behaved perfectly and I left it running for a few hours without any issues. The resistance in the original cable, combined with the high current draw by the receiver was causing the voltages to drop, interfering with the normal operation of the device.

So, it’s always worth trying different cables when troubleshooting something, even if (as in this case) the original cable appears to be doing its job. 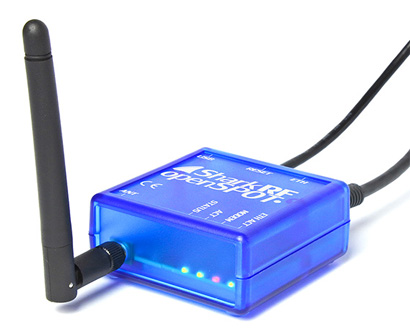 I’ve been having a lot of success using my MD380 DMR transceiver together with the Isle of Man’s DMR repeater network. Sadly though, my house isn’t in coverage of the repeaters. This means I can’t use my handheld at home.

The solution to this problem has come in the form of a Radio/IP gateway called the OpenSpot, and manufactured by SharkRF.

This allows my DMR radio to send packets to global DMR networks (Brandmeister, DMR+ etc.) and for incoming packets to be sent to my radio over RF.  Essentially it’s like having my own DMR ‘repeater’ at home so that I can use my handheld radio on all of the global networks as if I was in coverage of a DMR repeater.

Configuration was easy, via an HTTP web interface. Once set up, all the control can be done from the radio. Linking and unlinking can be done by sending group calls to specific talkgroups which means there’s no need to keep using a computer to use the device. All you need is your handheld radio.

I’ve been impressed with the build quality, the support forums, and the constant releases of new firmware with new features. I haven’t tried it yet, but it should be possible to use my OpenSpot to also communicate on the non-DMR D-STAR and System Fusion networks too, even though I only have a DMR radio. You can’t even do that with a full on DMR repeater!

About once every year, I like to log in to Ofcom’s website and re-validate my amateur radio licence. I do this so that it becomes a sort of habit, and so that I’ve no risk of going beyond the statutory five year limit.

This year, my login details didn’t work. It turns out that Ofcom have upgraded their online systems and I need to re-register. Provided that I use the same email address, they’ll match up all of my details.

Or so the theory goes. Sure enough, the system found my name and my address without issue, but sadly not my amateur radio licence. Instead, I’m now the holder of an old club callsign which I used to use when running a radio club at a school in England about 16 years ago. My actual licence and callsign is nowhere to be seen.

This matters, and not just for the legal reasons of needing to have a licence to transmit. To radio amateurs, your callsign is your name. It’s your identity. It’s how people recognise you. It matters when it’s gone. That’s why the right to personal identity is recognised in international law through a range of declarations and conventions.

Anyway, I’ve spoken to Ofcom on the phone today. Twice. They’re very polite and helpful people, but they can’t fix it for me. I’m waiting for a call back at some point today.

I don’t like being an unnamed, stateless individual. I want my identity back! 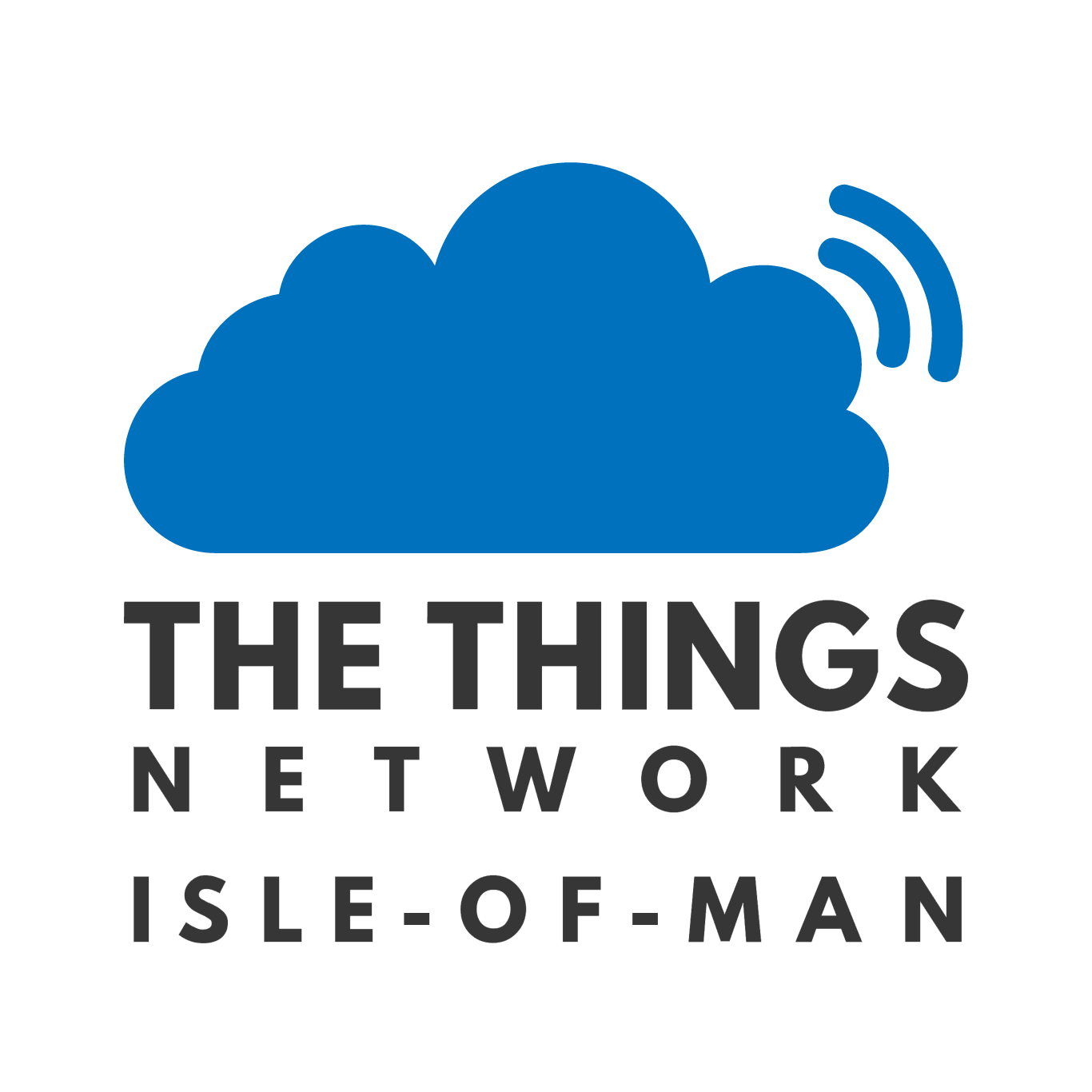 Analogue signals are great in that they are simple enough to generate and demodulate, but they suffer in that the signal quality degrades when sent over a noisy radio link. With radio voice systems, this is heard as pops, crackle, hiss etc. and the problem gradually gets worse as signals get weaker. Human ears do a remarkably good job of dealing with noise but it can get tiring when listening for long periods.

Way back in 1948, Claude Shannon proposed that digital coding systems can be designed in such a way that error-free transmission can occur even through a very noisy channel. My first encounter with amateur radio using error-correction was operating AMTOR in forward error correction mode on the HF bands, from the station of G3IUB at the University of Birmingham in the early 1990s. The station consisted of a Trio TS-520S transceiver (yes, valves!) coupled to an AEA PK-232 terminal node controller, with an amber screen serial terminal made by Wyse. It was actually quite impressive to watch the text on the serial terminal edit itself, so that rogue characters got corrected as more data came in over the air.

Although I’ve been a radio amateur for decades all of my voice transmissions have always been carried by analogue radio signals, modulated by various combinations of phase, frequency and amplitude. However, the increase in computing power and falling costs over time have now put digital voice modulation schemes within reach of the radio amateur.

Recently, several competing amateur radio digital voice systems have come into existence. Sadly, they are largely proprietary and do not interoperate. After all, there is just one radio manufacturer behind each closed protocol. This goes against the spirit of amateur radio (which in my mind is the original open-hardware movement) and it shouldn’t be necessary to buy a specific type of transceiver from one specific manufacturer just to operate in a specific mode.

In 2005, the European Telecommunications Standards Institute (ETSI) ratified a specification for a digital voice modulation scheme. This has been adopted by PMR radio manufacturers and is growing in popularity throughout the world as a new PMR radio standard. Although the voice codec used is proprietary, the specification itself is open and so it lends itself to easy investigation by radio amateurs.

So, I have decided to jump on this particular band wagon. As well as the usual PMR manufacturers, there are now a range of Chinese manufacturers producing DMR compatible equipment very cheaply. I managed to source an MD-380 hand-held radio from TYT, with a drop-in charger, two antennas and a hands-free microphone all for less than £100, including delivery to the Isle of Man.

First impressions are that the codec is somewhat brutal. Everyone sounds somewhat robotic, but once you’ve got used to that the audio is very intelligible. Unlike analogue FM, there is no hiss. No background crackle. None of the multi-path ‘flutter’ you get on stations in moving vehicles. A very strong FM signal probably sounds better than DMR but for hand-portable radios strong signals are rare. Listening to perfect audio from DMR in weak fringe areas is much better than struggling to pull a voice out from the noise you’d hear on FM.

You also get other value-added features with the DMR protocol that you don’t get with analogue FM. Each radio has an unique identity, so you can match that up to a user’s call sign and have your radio display the call sign of the person you’re listening to. That’s great if your memory is as bad as mine, and it takes some of the stress out of mobile operating. Also, DMR was designed with repeater infrastructure in mind which means that roaming between coverage areas is seamless, with no need to fiddle with your radio while driving. DMR is also a time-division multiplex system which means that two separate conversations can occur simultaneously in one 12.5 kHz wide radio channel. You can also see the received signal strength from the repeater at the same time as you’re transmitting into it!

Of course being digital, sending data between repeaters via the internet is easy and so a worldwide network of linked repeaters has sprung up. This means that noise-free global communication is now possible from one hand-held transceiver to another. Thanks to the hard work (and deep pockets) of two local amateurs, we have two linked DMR repeaters on the Isle of Man.