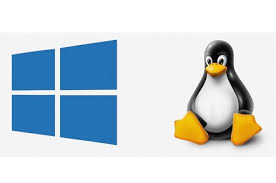 While at Liverpool Makefest last June, I bought myself a kit to build an RC2014 Z80-based computer.

The kit was very well made, with high quality circuit boards which accepted solder very easily, along with sufficient documentation to make the whole building process smooth and enjoyable.

I found the process quite educational too, as the design of the kit splits out the various functions of a computer into separate boards which then plug into a backplane with a common bus linking the parts together. It was good to see how the CPU, ROM, RAM, Clock and I/O all work together to make a functional microcomputer.

I was able to talk to the RC2014 from another computer over a serial connection, but I found I got the real ‘retro’ feel when I added the RC2014 ‘video card’ – which is a serial terminal based on a Raspberry Pi Zero. This meant I could plug my creation into a monitor and keyboard without the need for a separate computer, making the whole thing into a self-contained 8-bit microcomputer.

I also added an I/O board of LEDs and switches so I could interact with the computer without the need for a monitor or keyboard.

You can purchase a kit yourself or find out more about this little marvel at this website.